Is the Great Awakening Truly Upon Us? 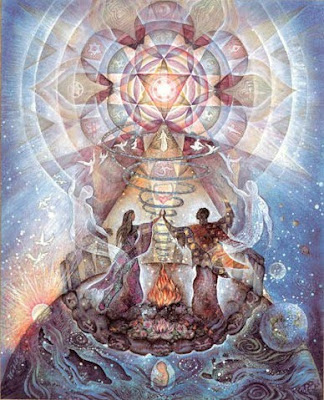 Many people are saying that a "great awakening" is currently taking place in our world, and some are even saying that the "Great Spiritual Awakening of Mankind" is beginning. I do not know what is happening, but with all the protests and uprisings and revolutions that have been happening since the beginning of this year, and now with all the Occupy Wall Street protests and the 99% movement taking place, not just here in America, but around the globe, it's getting kind of hard to deny that something certainly seems to be "going on". But are the sleeping masses truly beginning to awaken -- is the sleeping giant finally rousing from its long slumber -- or is all this just more devious shenanigans and a machiavellian rearranging of the "Grand Chess Board" for the 21st Century?

Some of the more politically minded and/or conspiracy oriented people out there are saying that the Powers-That-Be are just stirring all this up in order to get better control of the planet, while the more more spiritually/mystically oriented types believe (or suspect) that we are going through a "Great Awakening" and that positive, but sometimes painful, transformations are taking place and will continue to take place. Perhaps, it is a little bit of both, and more besides. I'll leave you to draw your own conclusions, but, clearly, something is going on, or as the Master of Deduction might put it, "something is afoot!" And with so many people, from every part of the planet, seeming to awaken (at least in a political/social sense) all at the same time, and with everything else that's going on in the world, at the moment, I don't see how all of this could possibly "engineered". Maybe some, but not all of it.

As far as "2012" and all that goes, back in the late 80's and early 90's, when I first started hearing and reading a little something about it, I thought there might be something to it. But as the 90's wore on, I decided that 2012 would probably just come and go like all the other "doomsday prophecies". But starting sometime last year, with certain synchronicities and personal experiences, moving into this year with the Tunisian and Egyptian Revolutions, and all the other uprisings in the Arab world and in other parts of the globe, and then the triple whammy devastation of Japan with an Earthquake, Tsunami and Nuclear Disaster (which is still ongoing, by the way), and all the other thousands of 5 and 6.0+ Earthquakes that have been happening around the world in the last few years, and especially this year, Japan alone has had over 1600 earthquakes (still ongoing), most of them 5.0+, since the "big one" on March 11, and now we've recently had an earthquake, centered in Virginia, that shook New York City and pretty much the whole northeastern U.S., and more recently, Colorado, Texas, and Oklahoma and a bunch of other places, including Turkey, have been getting in on the action. And, of course, let's not forget Sumatra, Haiti, Chile, New Zealand, etc. Add to all this, the poles shifting, the ice caps melting, dead birds falling from the sky, dead fish washing up everywhere, mass extinctions and all the other ecological and environmental catastrophes, and the fact that most, if not all, of the ancient cultures, from every part of the planet, not just the Mayans, have prophesied or predicted major changes and upheavals and new beginnings for this general time period in history. All of this together, and now, for the first time in known human history, people from all parts of the globe are beginning to wake up and unite as one and rise up against The-Powers-That-Be --- again, it is getting harder and harder to deny that something certainly seems to be going on.

Is "The Great Awakening" finally upon us? Honestly, I do not know, and I admit I have my doubts, but all the signs seem to indicate that this might be so. And again, I will leave you to draw your own conclusions about all this. I have provided some videos, in separate posts, underneath this post, that deal with these subjects, and you can take from them what you will. But whatever the realities or hallucinations about the "Occupy" movement or "2012", it is always a good idea to prepare one's soul for whatever may come. 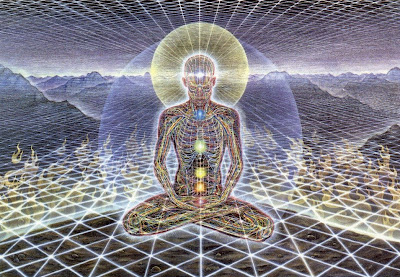 Peace and Love be with you.


The evolution of man is the evolution of his consciousness Without self-knowledge, without understanding the working and function of his machine, man cannot be free, he cannot govern himself and he will always remain a slave.

Strive to discover the mystery before life is taken from you. If while living you fail to find yourself, to know yourself, how will you be able to understand the secret of your existence when you die?

Those who say they will die first and then rise are in error. If they do not first receive the resurrection while they live, when they die they will receive nothing.