The Art of Alchemy 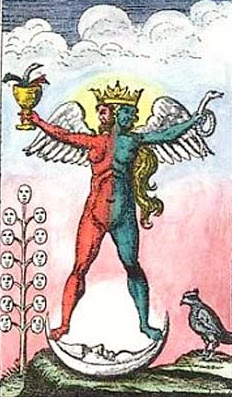 'Aurum nostrom non est aurum vulgare', claimed the Alchemists -- 'Our gold is not common gold'. So if the Alchemists of the Middle Ages were not, as is usually assumed, concerned with the production of ordinary gold from base metals like lead or iron, what kind of gold did they seek to make?

The answer is bright and shining inner gold, the gold from which souls are made, no less -- 'sophic' gold, as they called it. From heavy, leaden, ordinary man they sought to fashion light, golden, spiritual man -- beginning with themselves. For the first work of the true Alchemist was to refine and transmute his own very self from coarse to fine, from lower to higher, and then to help others to effect the same change.

Without the guidance of an already golden man, a 'changed one', without his mastery, the transmutation could not be achieved. As a member of the alchemical fraternity told Helvetius of the Hague in 1666, "Nay, without communication of a true adept philosopher not one student can find the way to prepare this great magistry". The student, too, had to be of a certain quality, "Scarce three in one million canst be candidates for the Work of Holy Alkimy", says Thomas Norton in his 'Ordinall of Alkimy' (1477).

The great Persian philosopher and Sufi adept, Al-Ghazali (1058-1111), known in the West as Algazel, states in his masterwork 'The Alchemy of Happiness', "Alchemical gold is better than gold, but real alchemists are rare, and so are true Sufis". He further tells us, "....man's happiness undergoes successive refinements according to his state of being." In his 'Minhaj el-Abidin' he describes the process of the alchemising of the human consciousness in 'seven valleys' of experience: the valleys of Knowledge, Turning Back, Obstacles, Tribulations, Lighting, Abysses and Praise. "Fulfilment", he avers, "is a property only of Paradise, entry into which depends on alchemical transmutation."

That Ghazali uses the alchemy metaphor is not surprising, for there is a clear connection between Sufis and Alchemists throughout the Middle Ages. In fact, both he and the great twelfth century Sufi teacher, Jalaluddin Rumi, actually refer to Sufism as Alchemy from time to time in their works. It is also significant that the Golden Head, 'sar-i-tali' in Arabic, is a Sufi term referring to a person whose inner consciousness has been "transmuted into gold" by means of Sufic study. The connection is established beyond doubt by the fact that while the mysterious Hermes Trismegistus of ancient Egypt is traditionally regarded as the originator of Alchemy -- the Hermetic Art, the founding father of Arab-European Alchemy since the eighth century of the present era is always held to be Jabir Ibn el-Hayyan (721-7760, called Jabir the Sufi, and known in the West as Geber. Behind him, however, stands his own teacher, the Sufi master Jafaq Sadiq (700-765) who wrote 'The Perception', an esoteric text casting much light on the inner nature of the alchemical quest. 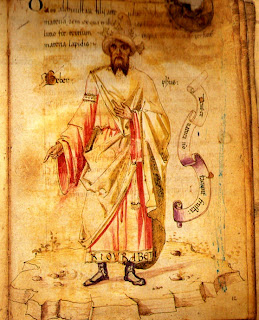 Jabir himself was the author of over three hundred treatises on alchemy, but it was not until 1144 that Robert of Chester, who studied in Saracenic Spain, produced for the West a translation of Jabir's major text, 'The Book of the Composition of Alchemia', which first gave us the word 'alchemy' -- from the Arabic 'al-kimia'. This, in turn, was derived from the old Semetic name for Egypt -- 'Kem' -- meaning black, the distinctive colour of its alluvial soil after the flooding of the Nile, in contrast to the white sand of the surrounding desert. Alchemy was thus the Egyptian Art, or the Art of Egypt. The Arab alchemists believed themselves to be the recipients of the ancient teaching of Hermes through Dhu'l-Nun, theEgyptian, known as 'Lord of the Fish' and a Sufi exponent of the highest order.

However, it is now recognized that Alchemy was practiced in all the great civilizations; and no matter whether in India, China or Greece, it was invariably called 'The Work' or 'The Great Work'. Furthermore, in whatever culture it manifested itself, there were always the same three elements: 'mercury', 'sulphur' and 'salt', which had to be combined for the production of the Philosopher's Stone. The consistency is significant. It indicates not haphazard experimentation, but a constant body of knowledge. 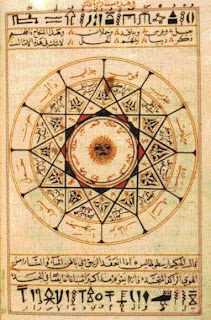 Alchemical terminology thus appears to be the symbolic mode of expression adopted by an esoteric developmental school for the projection of its allegorised message. It contained concealed instructions for, and descriptions of, processes leading to the perfection of the human being. This was technical material for the transformation of consciousness, a disguised spiritual path. "Our gold is not your gold, and our sulphur is not your sulphur." states the 'Rosarium Philosophorum' -- the Rosary of the Philosopher -- and adds, "Only he who knows how to make the Philosopher's Stone understands the words that relate to it." The Adept, we are reminded, is essential. 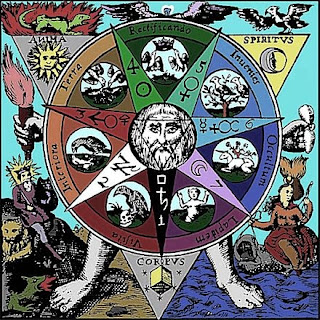 What then is the Philosopher's Stone, which the alchemists deemed so necessary for the making of golden men and women, and which was, it seems, the very heart of their quest? It would appear to be none other than the heart of man himself. Like the Kingdom of Heaven -- it is within. Idries Shah gives us the Sufi view:

"The stone, the hidden thing, so powerful, is also called the Azoth in the West.
Azoth is traced by Orientalists to the Arabic 'el-dhat' (or ez-zat), meaning
essence or inner reality. The stone, according to Sufis, is the 'dhat', the essence,
which is so powerful that it can transform whatever comes into contact with it.
It is the essence of man, which partakes of what people call the divine. it is
'sunshine' capable of uplifting humanity to the next stage.
The Sophic stone is the Sufic stone."

"The stone is of exalted purity, and he who makes it makes himself perfect." says the fifteenth century alchemist Thomas Norton, informing us also that it is, "the result of concentration, distillation and refinement." These terms refer to work on oneself and inner refinement -- the refinement of essence. It is noteworthy that the Sufis have described their activity as 'the refinement of the consciousness.' 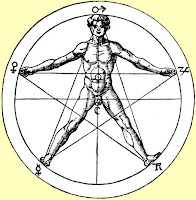 The medieval occult philosopher, Cornelius Agrippa (born 1486), is explicit, "The stone is not a stone. It is an internal spirit within us." Of alchemy he says, "This is the true and occult philosophy which men seek. The key thereof is the understanding. For the higher we carry our knowledge, the more sublime are our attainments in virtue, and we perform the greatest things with more ease." Three hundred years later, the English lady alchemist, Mary Anne Atwood, was to write in her book, 'A Suggestive Inquiry into the Hermetic Mystery': "Alchemy is divine Art, the very transformation of life itself. The spirit teaches its own Art, and according as it is obeyed the artist goes on developing the way to advance to perfection." Agrippa and Mary Atwood may be separated by time, but not in activity.

She continues, "Thus being awakened and at the same time drawn centrally, the consciousness comes to know and feel itself in its own source, which is the Universal Centre and Source of all things." 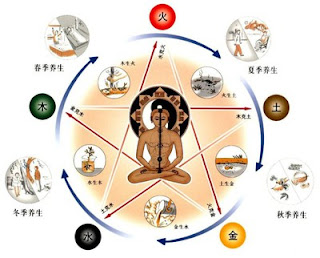 In ancient China, the Art was called 'nei-tan', inner alchemy, and was usually found interwoven with Taoism, with which it was held to esoterically correspond. Thus a later practitioner of nei tan, Chang Po-tuan, who lived in the eleventh century, states in his 'Treatise on the Golden Elixir':

"Volatility transmutes into true essence;
The human mind changes into the mind of Tao.
Without refinement by the spiritual fire,
How can gold be separated from the ore?"

Enlightenment was often referred to as discovering or uncovering the inner or golden elixir; while it will be remembered that the alchemists of the West sought the mysterious Elixir of Life -- doubtless another name for the Philosopher's Stone. 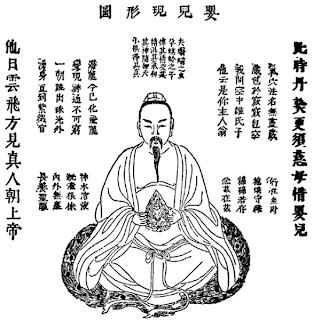 Both Taoists and practitioners of nei-tan describe the process of spiritual development as the fashioning of 'the sacred embryo', the 'shang-tsi', a new being that must grow and develop within; or as the growth and unfolding of 'the golden flower', whose petals only fully open upon enlightenment. Thus the alchemist Lu Tsu declares, "I must diligently plant my own field. There is within it a spiritual seed. Its flower is like yellow gold. Its bud is not large. Its growth depends upon the soil of the central palace, but its irrigation must come from a higher fountain."

...As one great Alchemist has said:

"The Kingdom of Heaven
is like a grain of mustard seed,
which a man took, and soweth in his field:
which indeed is the least of all seeds.
But when it is grown, it is greatest among herbs,
and becometh a tree
so that the birds of the air come
and lodge in the branches thereof.

So wisdom is something that grows. It is a living thing. It is not 'acquired', like information, but absorbed. We grow in wisdom as we grow into wisdom. We must receive it, embrace it, become part of its very texture and allow it to become part of our very texture. For verily it is 'the Dayspring from on High that visits us.' 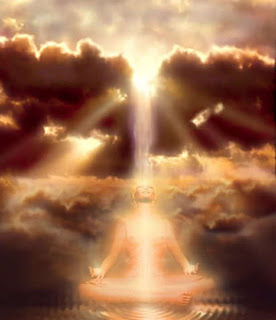 From ~ Stairway to the Stars: Sufism, Gurdjieff and the Inner Tradition of Mankind pgs 53-57
By  ~  Max Gorman


The evolution of man is the evolution of his consciousness Without self-knowledge, without understanding the working and function of his machine, man cannot be free, he cannot govern himself and he will always remain a slave.

Strive to discover the mystery before life is taken from you. If while living you fail to find yourself, to know yourself, how will you be able to understand the secret of your existence when you die?

Those who say they will die first and then rise are in error. If they do not first receive the resurrection while they live, when they die they will receive nothing.